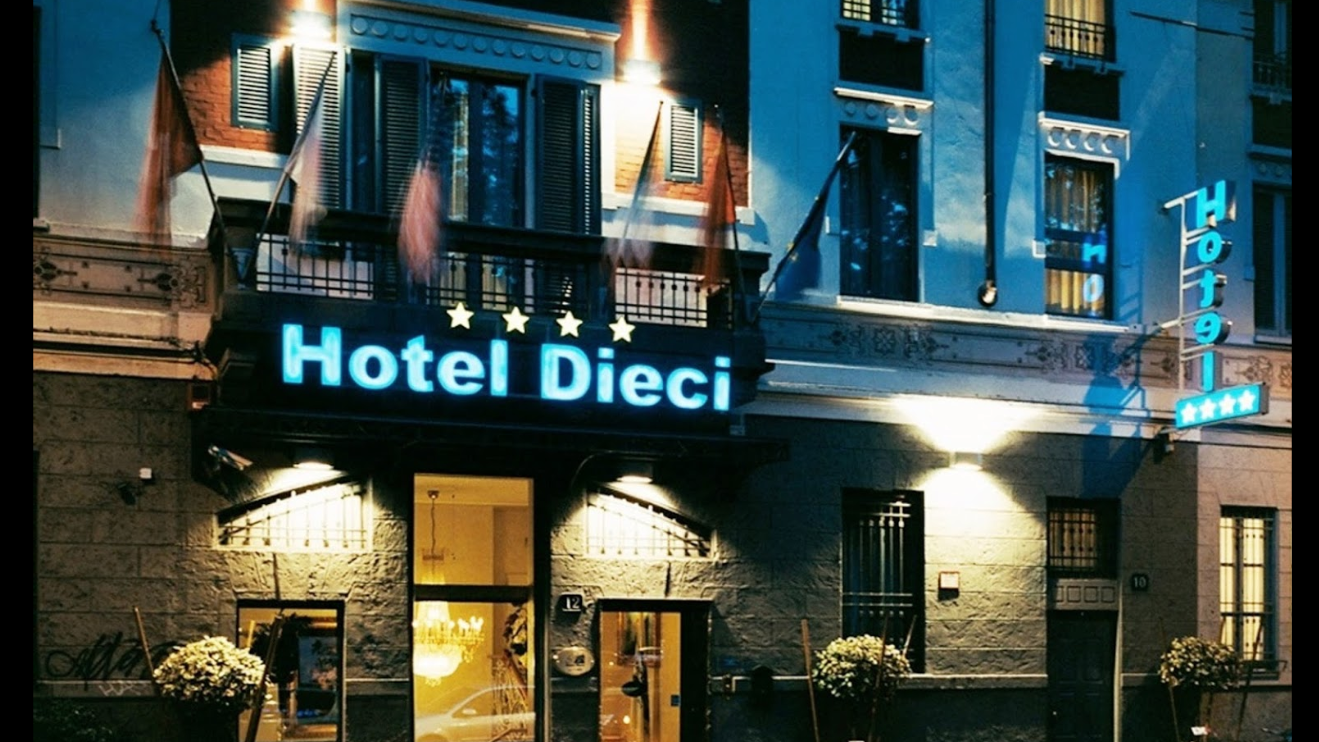 Welcome to Hotel Dieci and thank you for visiting us.

The structure of the Hotel Dieci has changed over the years. The building began as a private residence in the early years of the ‘900. In the years between 1945 and 1948 the building was purchased by a famous middle-class family in Milan. Mr. Bruno Taccani, “Commendatore” for merits of war, then destined it to small hotel.

Initially it was called Hotel Romania as the High Street where it is, Viale Romagna. It was later sublet but always as a hotel establishment.

The wife of the Commendatore, Rina Dieci, an entrepreneur with a strong and resolute character was, with her husband, one of the pioneers of hospitality in Milan with the management of several hotels.

In 2004 the structure falls definitely in ownership and management of Taccani family. The daughter Patricia, in honor of the beloved Mamma Rina, has restored in all its splendor and gave the name of HOTEL DIECI. Now is one of the 4 star hotels among the most graceful of Milan and caters to a clientele that is typically working in Milan for business but also to enjoy a quiet corner in the green of the lovely garden built from the old courtyard.